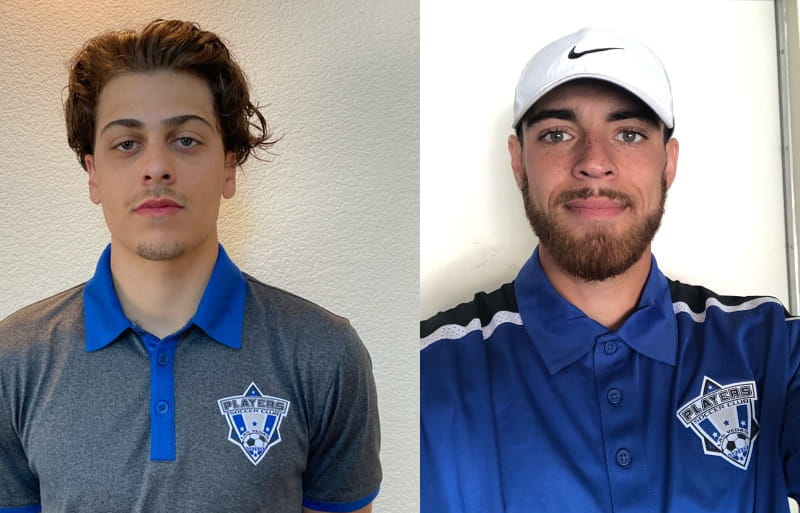 Please join me to welcome Richard Crews and Alec Kuklish in joining the coaching staff at the Players Soccer Club. Club Director Bonabian said, “One of the most rewarding aspects of being in a club with a rich history is to have former players return to coach the next generation of players.”

Coach Kuklish, a native of Las Vegas, played youth soccer locally including many years at the Players Soccer Club and a four-year starter at Desert Oasis High School varsity team. Always a leader on his teams with a great personality and passion for the game. Alec continued his playing career at the collegiate level at Spokane Washington. After graduation Alec he started his coaching career by coaching youth players in Washington state and most recently in Las Vegas.

Coach Crews, a former player in the club, will lead the goalkeeper program in upcoming season. A standout goalkeeper and a leader in the club team as a youth player Richard was a four-year starter at Cimarron Memorial High School. After graduation Richard attended the Spokane Community College on a soccer scholarship. Later Richard served as a goalkeeper coach at the college as well as the Washington East Soccer club.

Richard and Alec will lead the club’s goalkeeper training program and will be coaching in the famed Players SC Junior Academy program. Welcome Home, Alec & Richard!