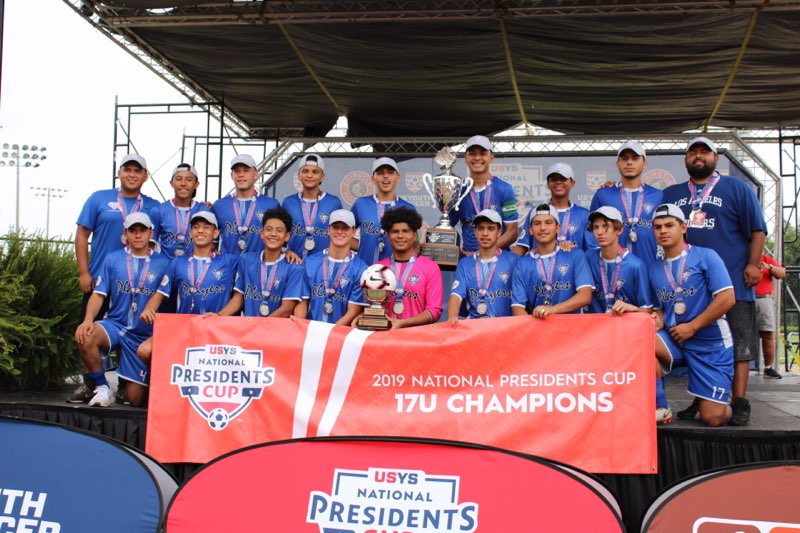 Players 02 Elite Boys captured the USYS President’s Cup National Championships in Tennessee. Players 02 Elite boys came back for a second straight, 5-4, victory over ZYSA 02 Green (IN) to earn the U17 Boys National Presidents Cup crown. The game entered halftime tied, 1-1, with Players’ Sebastian Romero starting the scoring before ZYSA leveling the score just before the halftime whistle. The game exploded in the second half with five goals scored in a 10-minute span. ZYSA took the lead with a goal before two quick strikes from Josue Figureoa and Jose Morales put Players on top. A few minutes later the Indiana team scored 2 goals to take the lead. Players 02 battled back as Morales scored his second of the game to once again bring the sides level. The game looked headed to overtime until Jose Morales completed his hattrick in the 90th minute to seal the dramatic win for the Players 02 Elite Boys.

Congratulations to all the players and coach Horacio Ortiz for the great accomplishment!