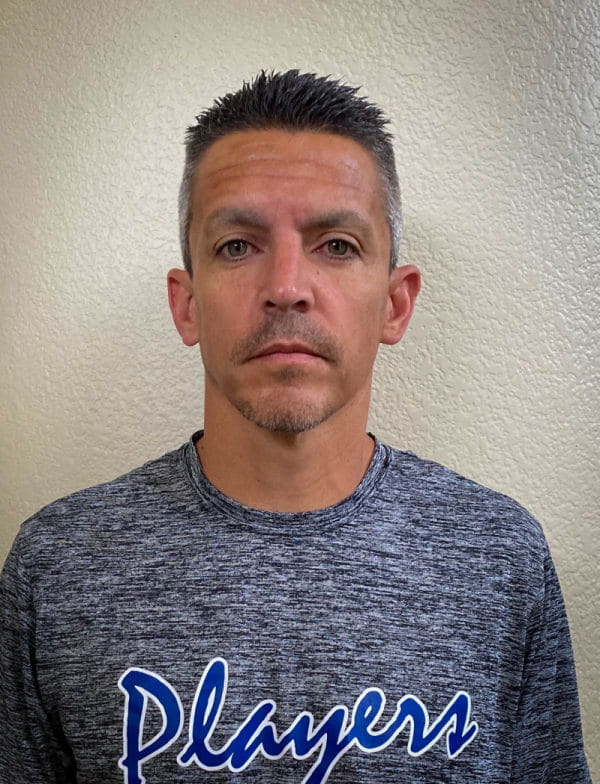 Please join us to welcome Coach Eric Rodrigues to the Players Soccer Club.  Coach Rodrigues brings a wealth of soccer experience to the club.  Coach Rodrigues grew up in Denver Colorado and represented the city and state as a player at every level of the game. Prior to relocating to Las Vegas, Eric served as a staff coach for Colorado Rapids (previously known as Colorado Storm), and Real Colorado. In addition to his role in club soccer, Eric served as Head Coach for a number of high school programs in the Metro Denver area along the way being named Conference Coach of the Year in all three classifications of the Colorado High School Activities Association. Eric holds a USSF “A” license, and a NSCAA Premier Diploma. Eric has a Masters Degree in psychology from the University of Denver, and teaches locally at Las Vegas High School. Eric, and his wife Kate (who also played collegiate soccer) have 4 kids, Kaya, Elika, Elonu, and Xavi.  Coach Rodrigues will be leading the Players 06 Elite Girls and Players 2010 Boys team.

The vision was to create a club culture and an environment that would allow players in the Las Vegas area to pursue their dreams to the highest level culminating into playing in collegiate level or professionally. View More