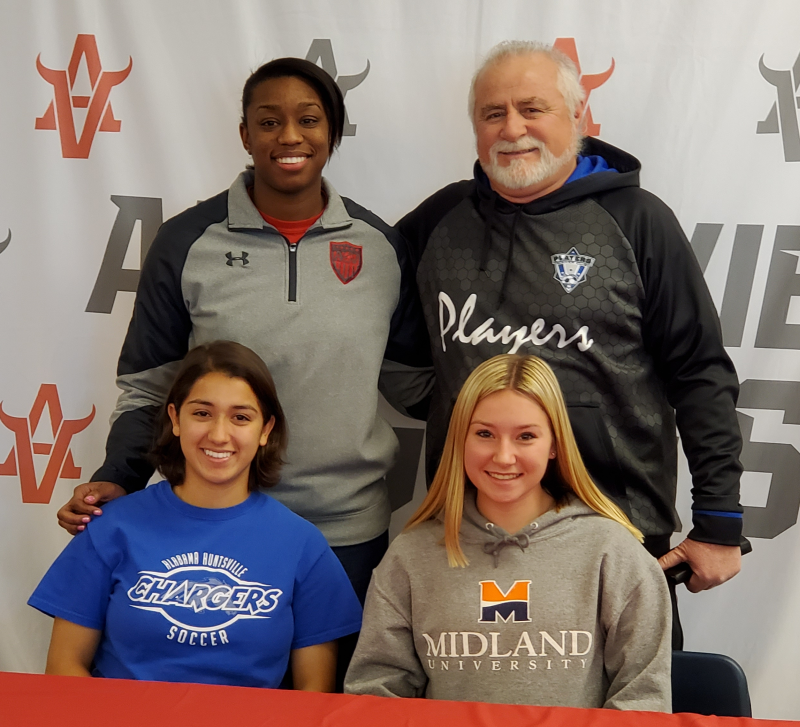 Carmen Endicott will start her collegiate soccer career at the University of Alabama at Huntsville in Fall of 2020. Carmen, a lifelong member of the Players SC, joined the club’s famed Junior Academy program as a seven-year-old. From the beginning Carmen demonstrated her passion and desire to learn the game. She hardly missed a practice session or a game throughout the years. “Carmen exemplifies the type of players we strive to develop at the Players Soccer Club,” Coach Saeed said. A dedicated and disciplined player with desire to succeed on the field and in the classroom. Players SC promotes team work and provides a stress free and fun environment for players to learn the game and freely express themselves on the field with creativity. Carmen enjoyed a Steller youth career in the club wining multiple state titles and attended some of the most competitive tournaments in the nation. Cameron continued to excel at the Arbor View High School soccer program. Carmen caught the eye of many college coaches during the years, with multiple offers, she finally selected UAH. Carmen will be attending the university on a full-ride scholarship for athletics as well as her academic excellence.

It was ironic that Carmen played her High School soccer at the Arbor View where an ex-Players Soccer Club stand out, Erica Peoples, is now the head coach. Erica Peoples was a star forward for Players 91 Elite girls team that captured seven state titles among many other accomplishments. Erica also earned a full-ride scholarship to attend the University of San Diego and had an outstanding collegiate career leading the team in scoring as a freshman. Coach Saeed stated, “I was blessed to coach both Erica and Carmen over the years and be present at both their college signing ceremonies almost eight years apart at the same high school.”

Regarding Carmen, Coach Erica said, “Carmen is an amazing player on and off the field. As one of our captains this year, she always led by example and did everything she could to make sure that the team was successful. She is a hardworking, creative, and skilled midfielder that built our attack. She will be missed next season.” “I was fortunate enough to be able to play club soccer for Coach Saeed. It was one of the best youth experiences that I had. I loved traveling all over the country to play teams at the highest level. I wouldn’t be the player that I am without the club that I played for,” Coach Erica added.

The Players Soccer Club is proud of Carmen and Erica’s accomplishments on and off the field and we are very grateful that they will continue to play soccer and teach the game to future generations.