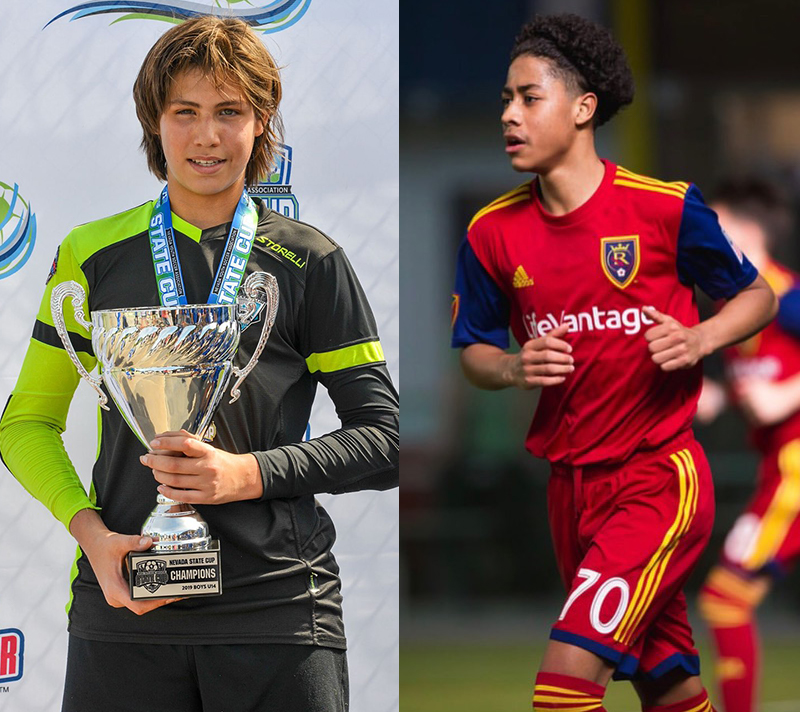 Aldo Carmona a product of Players Soccer Club youth academy program and a member of the Players 05 Elite Boys team received an invitation to join the Real Salt Lake residency program in August 2019. After having a tremendous season with Real Salt Lake Academy, Aldo has been offered a two-year contract. “Aldo Carmona, we are excited to offer you a full-time roster spot in the Real Salt Lake Academy through the 2021-2022 season (2 Year Agreement). We view you as a potential future professional and are excited to have you returning to our development program.” Stated in the offer letter. Aldo joined players SC at the age of ten and continued to work hard and hone his talents as a member of the Players 05 Elite Boys team. Aldo demonstrated his leadership qualities by setting example during the games with his hard work.

Following the footsteps of Aldo, Dominic Pereira, the outstanding goalkeeper on the Players 05 Elite boys team has been offered a spot on the Real Salt Lake Academy residency program in Salt Lake City for the upcoming season. Dominic joined the Players Soccer Club at the age of nine and has continued to excel and lead his team on the field for the past 5 years. “We are very happy for Aldo and Dominic in achieving this accomplishment. Their success is a result of their dedication and hard work, in addition, to the Players Soccer Club’s total commitment to player development. We will miss them at our practices and games, but we will continue to follow their progress and success in their new home.”

Coach Saeed Bonabian added, “Aldo and Dominic represent the very best of youth soccer in Nevada. They are not only both very hard working and talented but also have a great respect for the game and their teammates. Aldo welcomed opportunities to play different positions through the years at the club making him a well-rounded player with a great understanding of the game. Dominic was the most improved player in the club year after year that is a product of his hard work and attention to detail. The best attributes of Aldo and Dominic is their attitudes toward the game, their coaches, and teammates. That is also a testament to their very supportive and great parents.” On behalf of the entire Players Soccer Club family, we congratulate Aldo and Dominic and their families on their achievements. We will be following and watching them for years to come.